What is regression therapy? Does it help with health issues, or is it even dangerous?

German Psychologist and Artist Roland Schroll dived deeply into this subject, started to work with it, and shares his findings. 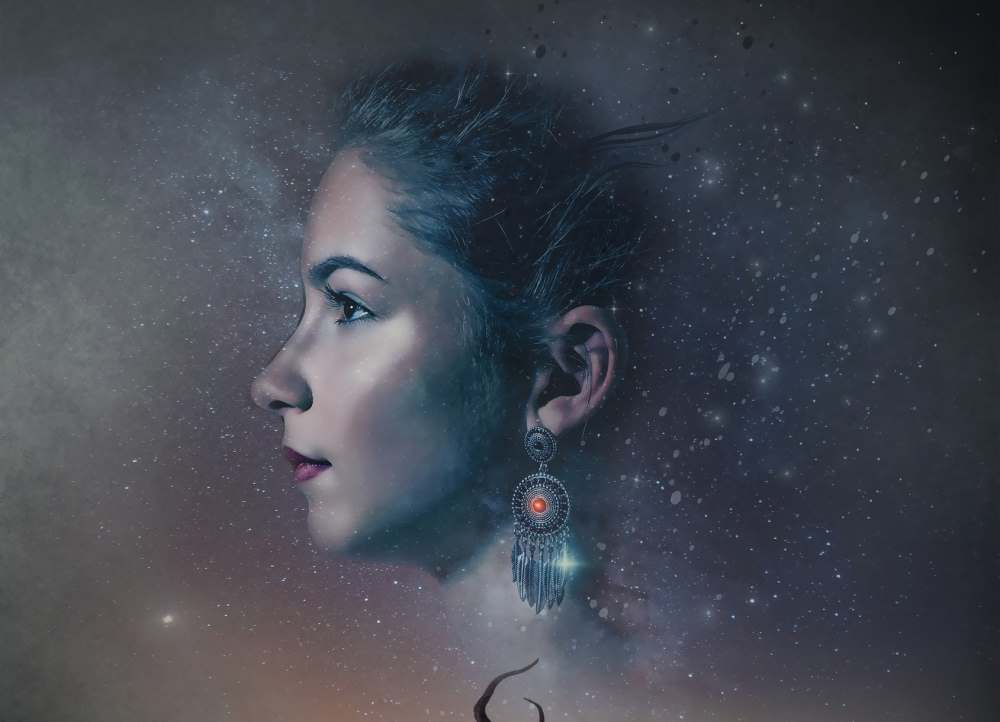 Regression therapy, also known as past life regression therapy or hypnotic regression, is a way of taping the subconsciousness to heal the body and mind. Research has confirmed its efficacy. Still, many hesitate to give this new healing method a chance. For a good reason?

Regression therapy leads us back to the roots of our problems, heals old wounds, and frees us from the bonds of our past.

A few sessions are often enough to bring about lasting change.

In addition, I will give you a list of qualified therapists and enable you to get to know this method directly

You may be wondering whether regression therapy is suitable for you and what you would get yourself into in the event of a session.

First of all, the list of treatable physical and emotional symptoms is long. Through regression, we can work on depression, a chronically runny nose, or long-term heart problems.

The healing success depends less on the symptoms and much more on our willingness and openness for this new work process.

A few testimonials from my clients and those from some colleagues will give you an insight into our work:

Inner child work – A doctor with no private life

A client comes to my practice and complains that he is unable to develop relationships with other people. He reports fears and even panic that arise in certain situations. In addition, he feels cut off from his feelings and emotions most of the time.

We start our work, and I help him to focus his awareness on the current mood. Because of that, a kind of trance starts to develop. In the next step, we start our journey back to the source of his suffering.

The journey takes us right into a childhood situation, and we begin with a classic inner child work.

He sees himself as a schoolchild who has just won a prize in the painting competition for his watercolor painting.

He shows this picture to his father, but he tears it up with the words: “Forget about art. You will be a doctor, nothing else.”

These words made a deep impression on the boy’s mind: He became a doctor – and nothing else.

We heal the boy’s past, strengthen him, and help free him from the dominance and imprint of the father.

My client can relax deeply for the first time in their life and learn to see the world with new eyes. I was to find out later that he had found the woman of his life and started a family.

Free from attachments – A teenage girl with suicidal thoughts

A 16-year-old female student is brought to my practice by her parents. The parents tell me that their daughter has had suicidal thoughts for more than two years, which have led her to dangerous acts.

Dozens of therapists have already seen her, but so far without success.

I help the young woman to enter the trance and to connect with her soul consciousness.

We discover strange energy, a dark something that seems to live on the right side of the body.

It turns out that this is an obsessive, traumatized soul that wandered around without its already deceased body and finally settled in my client.

This soul was a young man who died as a soldier in World War II. His death was sudden. His consciousness could not process what had happened. The terror of war was still in his system and, therefore, in my young client’s system.

We healed the young soldier, made him aware of his death, and led him back to his soul light in the hereafter.

From now on, my client’s dark thoughts were gone, and she was able to lead a joyful life again.

Past life regression – Cancer from a distant past

The following example is a report by my colleague and good friend Dr. Natwar Sharma. I like to use this case as an illustration since the connections are pretty obvious here.

A woman with leukemia (blood cancer) met my colleague. She believed that her illness had something to do with previous life experiences.

In the session, with the therapist’s help, she could enter a level of consciousness at which the life forces of her body reveal themselves. She discovers a kind of gray matter that hovers close above her body.

The gray matter is removed and personified (brought into a human form). It transformed into a man who had once been her son in a previous life.

This son had poisoned his mother because of an inheritance dispute. The shock of this old memory was still deeply engraved in the client’s soul. Her flesh and blood had turned against her – and still in another way it does today.

Reincarnation therapy enabled her to reduce the number of blood transfusions required and gave her life a new spin.

For as long as he can remember, my client had the aking feeling of homelessness and “not wanting to be here.”

He was not able to explain from where this feeling is coming. There were no childhood trauma events, and he was leading a sound and successful life.

Till now, he has been able to suppress these feelings by listening to music and daydreaming, but the new challenge of becoming a father forces him to confront his reality more intensely.

We travel back in time in search of the reason for these feelings. In the trance-state, my client sees himself sitting in a kind of spaceship that flys at high speed close to the surface of planet earth.

When asked what he is doing, he said: “Collecting information, but it’s dangerous.”
Indeed, something unexpected happens. The ship loses its track and crashes against a rock wall. His comrades high up on the mothership cannot come to his aid.

His body, a little larger than a human, dies, but his old soul wanders on, lost on a strange planet. Later he incarnates as a human and joins many families. Still, the deep feeling of being far from home stays with him all these years until today.

We do our clean-up, salvage his ship, call his colleague and let his soul embark on a journey back to his home planet.

Tears of deep relief are flowing down the man’s cheeks. For such a long time, his soul has longed so deeply for this experience of connectedness and home. Now he was ready to face the challenges of this life as a young husband and father. 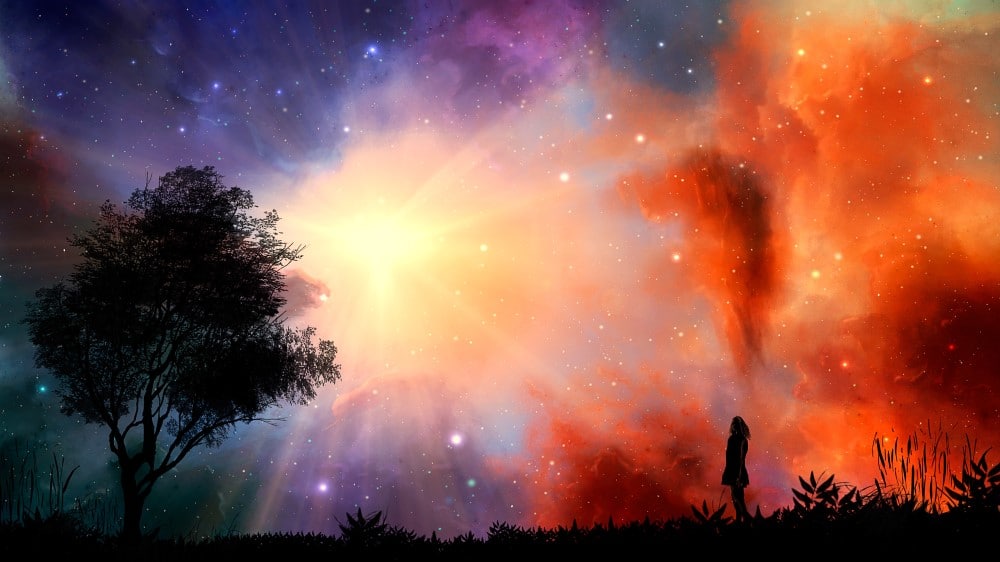 Not everyone who announces online that they offer regression therapy or past life regression has the necessary experience and the techniques to carry out the transformation processes we just mentioned.

Some therapists content themselves by reliving the traumatizing situation. However, this is no longer sufficient for an all-encompassing healing effect.

The fastest-growing association is the Earth Association for Regression Therapy or EARTh for short. Here you will find therapists mainly in Europe, the US, and India. But therapists from Kenya, China, and South American countries such as Brazil and Chile are also represented.

The co-founder of EARTh is my teacher Dr. Hans TenDam, who heads the international therapy school, Tasso international.

I can therefore highly recommend all members of EARTh as therapists. However, if you want to book a session with me and live far away or abroad, we can also arrange an online session.

Another qualified association is the “International Board for Regression Therapy,” or IBRT for short. The association’s headquarter is based in the USA, and its work is limited mainly to the American continent.

For a long time, regression therapy was considered unscientific and ignored by conventional medicine and psychology. It is challenging to research in this field with traditional investigation methods.

Nevertheless, the first attempts in this direction were made 50 years ago by psychologist Hellen Wambach and through the work of Dr. Ian Stevenson.

Wambach and Stevenson looked for historical evidence of their clients’ and subjects’ experiences and found a surprising number of matches.

Stevenson was able to verify more than 1200 past life memories in children from 2500 cases.

The goal of regression, however, is not to prove historical facts but to alleviate suffering. For this, it is irrelevant whether one believes in reincarnation or the transmigration of souls or not.

Because: Whoever heals is right.

The costs of regression therapy vary from therapist to therapist but are somehow between € 60-120 per hour.

I arrange three sessions with my clients about 1-2 weeks apart. With an average duration of two hours per session and an hourly rate of € 80, this results in around € 480 for the entire therapy.

At the beginning of trance-work, therapists used hypnotic suggestions to start regression therapy.

In the meantime, however, regression therapy has evolved, and more elegant and direct ways to induce trance have been discovered.

For example, focusing on the feelings and corresponding physical somatics can initiate the regression process faster and more to the point. 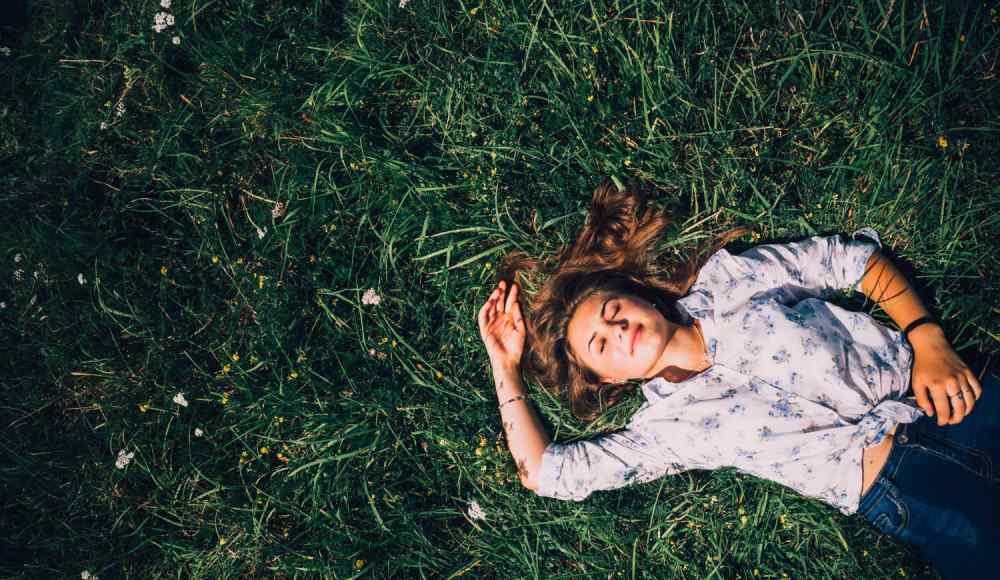 6. Do I have to feel what happened in my past?

In the beginning, hypnotic regression and past life regression therapy were all about remembering and understanding the past.

Indeed past life information is stored in our deepest tissues. By relieving the situation, we can free ourselves from the charges. We also call this Katharsis. If there is no Katharsis, deep healing may be lacking.

In reliving, we re-experience the situation to such an extent it is helpful for our healing. Natural regression is no childs-play, and by overcoming our old pain, we make a significant leap in our soul growth.

Regression therapy is already a potent tool for healing though it is still in its infancy. Its focus is not the suppression of symptoms. It gears towards the core issue of your problems.

That is why its healing effect is long-lasting. Still, finding an experienced Therapist is a necessary prerequisite.

The techniques themselves are also constantly evolving. Hypnotic suggestions do no more hold the prime position.

Reached the feet of the great masters 20 years ago and followed their footsteps since.

Activate your Self Healing Powers!

Are you wondering how you can help your body to heal himself, how to support your mind with more clarity or your soul with more happyness? Then meet your inner self healing forces!

What is a soul? - A scientific dispute

Do we have a soul? What is it made of, and what is it good for? Get insights from a scientific and a spiritual perspective.

Old Souls - How do you know you are an old soul?

You will be asked 4 questions that will help you to find out the age of your soul. But be aware! Being an old soul is not always recommendable 😉

What is regression therapy?

Regression therapy is a potent way of taping the subconsciousness to heal the body and mind. Get to know its enormous benefits and come in touch with a professional therapist.